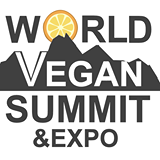 Chef Johnna, AKA the Kitchen Shaman, will be appearing at VeggieFest 2016 outside Chicago this very weekend.  If you’re in the area, please consider stopping by. Admission is free!

If you’re looking for Vegan and Vegetarian Festivals that might be near you, check out these summer-time upcoming events.

But I Could Never Go Vegan! 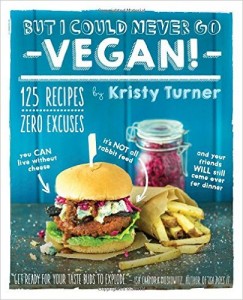 Today’s Book: But I Could Never Go Vegan!: 125 Recipes That Prove You Can Live Without Cheese, It’s Not All Rabbit Food, and Your Friends Will Still Come Over for Dinner By Kristy Turner of Keepin it Kind Blog

Sometimes we need a road map, and as a new vegan you probably have lots of questions and are wondering “how can I make all that great food?” Well, Kristy Turner has the answer. Her book is full of great recipes that any new vegan can follow and duplicate. Using familiar ingredients and sound cooking techniques, this blog author shows you how to make tasty and appealing meals for the whole family.

Follow along over at Keepin it Kind (http://keepinitkind.com/being-vegan/), where she talks about her own story of becoming a vegan (not all of us were raised 100% vegan) and the challenges she faced. You can even add your own story if you want.

You can’t get much more fun than this on the vegan web: one of our favorite vegan YouTubers, The Vegan Roadie, has a new video series, OMG That’s Vegan.

In the episode below Dustin and his friend David Rosseti review a bunch of vegan cheeses from different makers.

Give it a view and a thumbs up. And while you’re there, watch the first season of The Vegan Roadie. He’s funny, inventive, and has reviewed many of the places we here at Things Vegans Cook have eaten when we’re on the road. Can’t wait to try vegan San Francisco!